MAY 23, 2016, DALLAS, TX — Wrestlemania, “The Superbowl of sports entertainment”, fans think about the celebrities and the action. But behind the scenes, it takes a lot of planning and works to put the show on, including the elaborate exhibits and costume and memorabilia showcase for fans. And it takes equally as much work to move the whole show from one city to the next.

MEI Rigging & Crating more than earned the crating part of their business name with an ultra-customized and elaborate crating program of more than 20 custom crates for the WWE (World Wrestling Entertainment) Wrestlemania, helping them move their showcase and store to and from Dallas for Wrestlemania 32 last month.

Moving the 12,000 ft2 Wrestlemania store, with all of its priceless memorabilia and custom exhibits is a herculean task. It required a special team of highly traded crating specialists. Custom crates were designed for each element of the showcase, including racks, displays, specialty items (such as), and even walls and shelves.

The most unique aspect of this project was the fact that each crate was custom designed in house by the MEI Rigging & Crating team. All designs were shared, discussed, and approved by the customer via email correspondence. The best part is that WWE will be able to reuse the custom, Wrestlemania reusable crates for their next showcase move, telling MEI that they plan on reusing them 2-3 times per year.

A project like this requires highly customized Wrestlemania re-usable crates, durable for interstate moves and reusable for several times a year,”, says Kenny Poovey, MEI Rigging & Crating Dallas Crating Manager, “MEI designed for durability and fit, delivering perfectly while still saving them a lot of time and a good amount of money.”

The crates were shipped empty from Dallas, TX and arrived in Indianapolis, Indiana, at which time the WWE third party team loaded the empty crates with the merchandise displays and ancillary items for walls. The loaded crates were then shipped back to the convention center in Dallas, where they were unloaded and reassembled by WWE into the merchandise store.

MEI also provided crating services, transportation services, dock loading services, as well as overall advice to the WWE team as far as to how to best facilitate each phase of this project to maximize their budget. 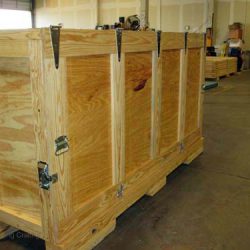 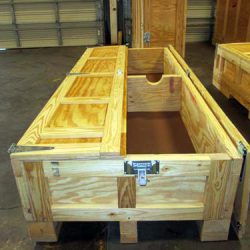 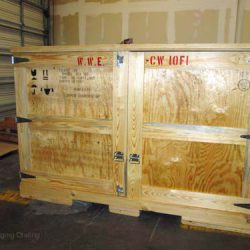 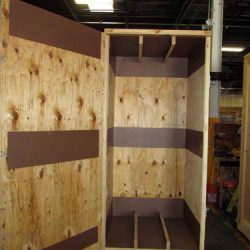 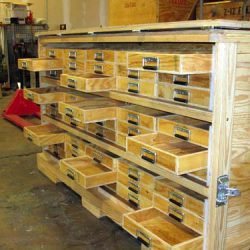 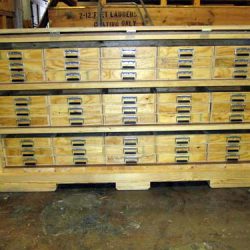 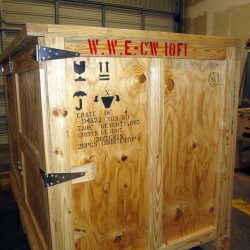 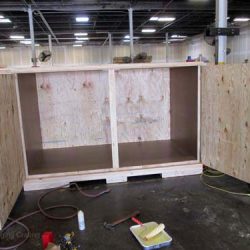 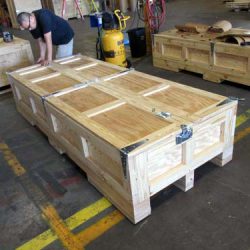 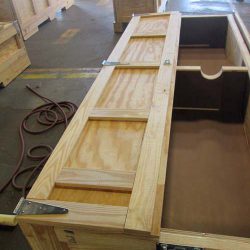 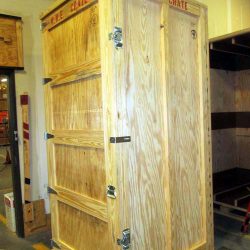 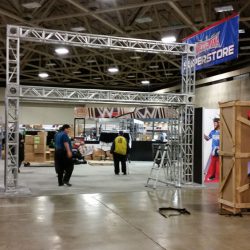 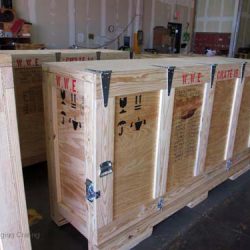 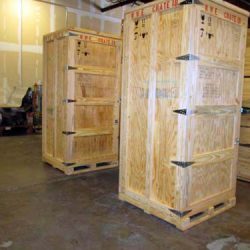