A 1960’s Vertical Turret Lathe, manufactured by the former Bullard Machine Tool Company, was housed in a Phoenix-area manufacturer and needed to be dismantled.

A team of machinery moving experts from MEI Rigging & Crating’s Tempe, AZ regional office were hired to dismantle the large machine to be sent out for scrap.

ABOUT THE BULLARD MACHINE TOOL COMPANY
The Bullard Machine Tool Company was a large American machine tool builder. It specialized in vertical boring mills and was largely responsible for the development of the modern form of that class of machine tools. The firm was founded in 1894 by Edward Payson Bullard Sr. He received formative experience at the Colt Armory and Pratt & Whitney, which were influential development centers for generations of toolmakers. Bullard Sr. is believed to have developed the first small boring machine designed to do the accurate work previously performed on the faceplate of a lathe. Provided by Wikipedia. 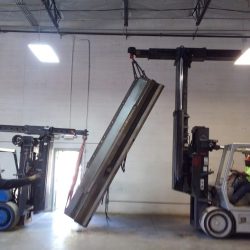 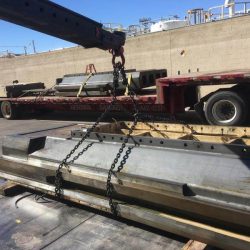 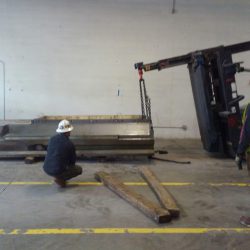 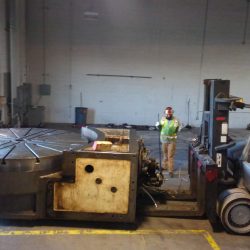 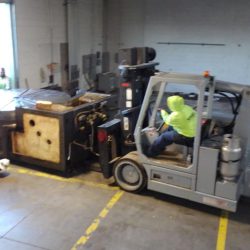 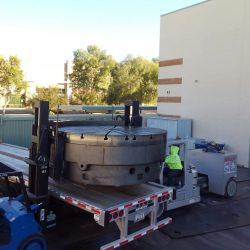 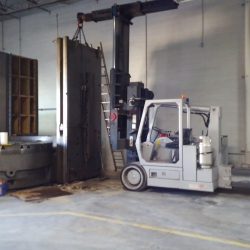