NOVEMBER 30, 2016, DALLAS, TX —The Helicopter overhead in SE Dallas early morning last Saturday wasn’t the local traffic reporters. Instead, it was the installation of data equipment at the Lew Sterrett Justice Center in West Downtown Dallas. MEI Rigging & Crating used a helicopter, three forklifts, and a small mobile crane to complete the move in less than one hour. In that hour, they moved about 25,000 pounds of electrical switchgear up 9 stories into very tight spaces, culminating three months of preparation with their downtown client.

Most projects in a downtown area have buildings spaced out far enough to use a crane, but in West downtown Dallas, the spaces were so tight, MEI substituted a helicopter for traditional crane rigging. The helicopter never touched the ground, using a 3 story parking structure as a temporary helipad. The operation was scheduled for Friday overnight into early Saturday morning so as to not disrupt neighboring businesses. As the electrical switchgear equipment was lifted by helicopter and fitted into place, the client’s operation was still running, requiring shutting down only one line at a time. Precision timing and placement were critical.

The project involved a large volume electric gear, ranging from under a 1000 pounds to over 23,000 pounds, was completed without any disruption, whatsoever, in business for the client. Each piece of electrical switchgear equipment took less than a minute to move by helicopter as all the equipment had been pre-rigged for flight.

“Certainly using a helicopter as an air crane cut our rigging time in half,” says Chuck Lane, MEI Rigging & Crating Dallas Sales Manager, “but the excitement was simply just the payoff from 3 months of planning and a well-executed project.”

MEI also provided storage and transportation services coupled with overall advice to the client team on how to best facilitate each phase of this moving project to maximize the client’s budget. 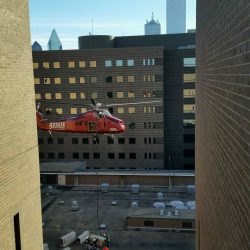 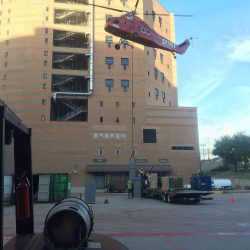 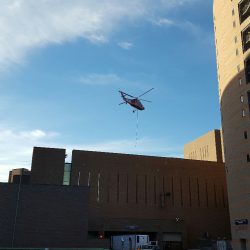 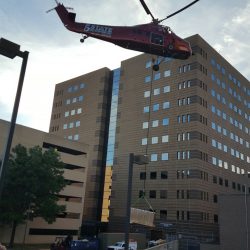 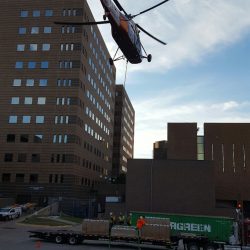 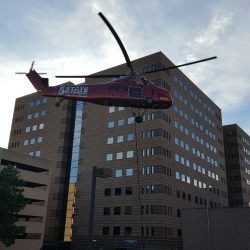